The Writer's Voice Entry - THE SEMI-UNFORTUNATE LIFE OF EMERSON WINTERS


It’s true that homeschooled senior Emerson Winters has always had a thing for her childhood friend, but when the taller, more muscular, Finnegan Greene moves back into her life - their easy friendship becomes a thing of the past. Now his mere presence turns her previously endearing and inherent clumsiness into a full on doplick freak-show.

But when an embarrassing video - complete with her best impersonation of an inept human windmill accompanied by a bloody nose and an echoing bootie belch - go viral, Emme finds an unlikely partner in Finn when he volunteers to help plan a revenge scheme of epic proportions to teach the douchenozzles responsible a lesson.

Armed with nothing but her quirky tees, two of the world’s best friends, and her cherished journal, Emme’s forced to wade through the sticky, muddled void of almost-but-not-quite-kisses, heart-wrenching misunderstandings, and eye-opening senior trips. But most importantly, will the sweet victory of revenge finally give her the confidence to forge her ‘what if’ with Finn into reality?

THE SEMI-UNFORTUNATE LIFE OF EMERSON WINTERS is a YA Contemporary complete at 81,000 words. I am an active member of WrAHM, a write-at-home mother's group, and also belong to an online critique group.

Thank you for your time and consideration.

Son of a motherless goat.
I sip my coffee slowly, trying to find caffeinated courage as I stare out the windshield at the ugly brick facing of the bowling alley. “I’ve changed my mind. Take me home.”
Lainey shrugs. “Too late now, you’ve been spotted.”
My gaze strays to the entrance of the building and lands on Finn. With his chestnut brown hair hidden by a slouchy blue beanie, and teamed with the gray sweater and dark washed jeans - he’s devastating. He lifts a hand and waves with a smile. We both wave back, even as my eyes are drawn to his free hand. The one resting against his thigh. Every time I see those fingers tapping absentmindedly against whatever surface is available, I want to hear the music playing inside his head.
“Remind me again. Why do I keep torturing myself over someone who already has a girlfriend?” I groan and slump back against the passenger seat.
“Because the heart wants what the heart wants.” Lainey rolls her eyes. “And he’s been one of your best friends for the entirety of your life, so you’re kinda stuck with him.”
I lean my face into my cupped hand. “Now if I could only pretend to be a normal functioning human in his presence.”
“It wouldn’t be so bad if you’d actually talk to him instead of running in the opposite direction.”
“It wouldn’t be so bad if he didn’t think I’d suddenly developed multiple personalities.”
Posted by Unknown at 9:50 PM 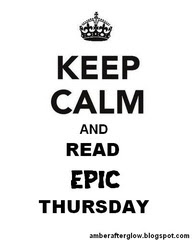 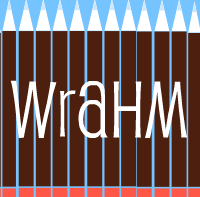